The main aim of Velomarathon journey was not only to make a cycling journey to Berlin but also discover and check the accessibility of places on our route for active tourists just like us and find the common and different between the places.

We started in Ukraine, in the picturesque and cosy town of Ivano-Frankivsk, on the west side of the country. There we get to know project participants with whom we spend the next three weeks, also get to know wonderful architectural places of Frankivsk and the local citizens. 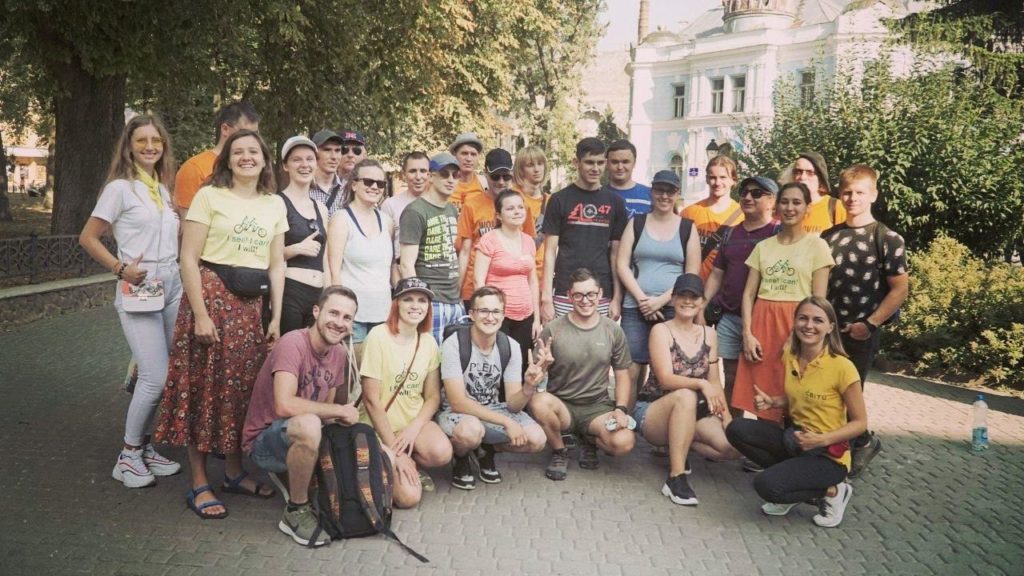 Frankivsk is very comfortable, and almost the entire Old Town is pedestrian. We didn’t have any trouble walking around and visiting any interesting place. We stayed at Hostel Vdoma, an old building of the Austrian Empire times at Rynok Square, the most central part of the City. 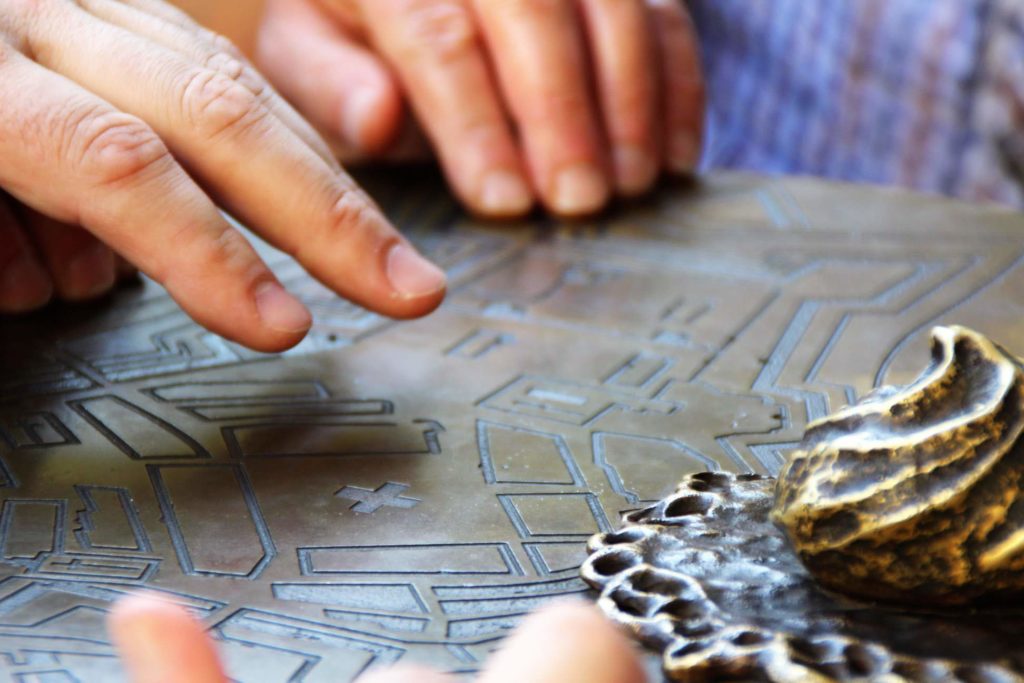 We had an audio excursion around the city from our tour guide. It was very accessible to us. During the excursion, we touched the defensive walls of the fort and the old plan of the city, listened to the history of Frankivsk, and explored the interesting exhibits in the Museum of Local History. 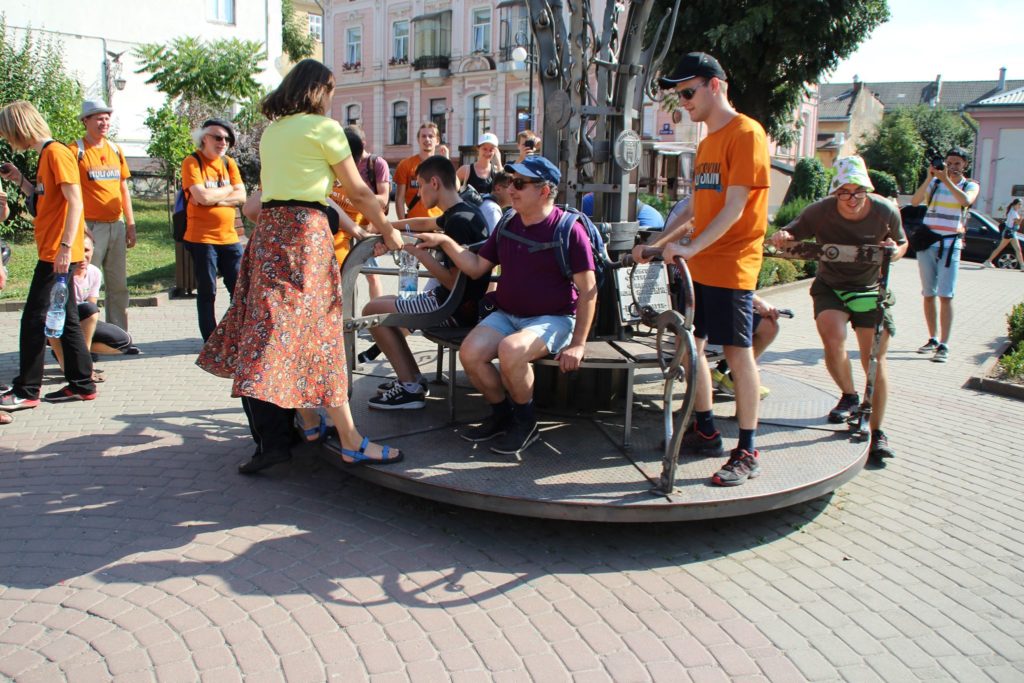 The most emotional part was hiking to the top of the City Hall. The way to one of the highest points of the old city was not easy and so long, all participants did it, after climbing all of us enjoyed the scenery, sounds of Ivano-Frankivsk, and the passing height wind being 50 meters above the city. We are grateful to the City Council and Museums workers for the opportunity to visit these beautiful places.

Below you can read our accessibility checklist in Ivano-Frankivsk.

On our way to our next stop in Rohatyn we visited an open-air museum in Krylos village, the ancient capital of the Halych Kingdom. There we attended the ancient houses, where we could touch any artefacts exhibited in the museum. A tour guide told us stories about the way people lived here in the past. 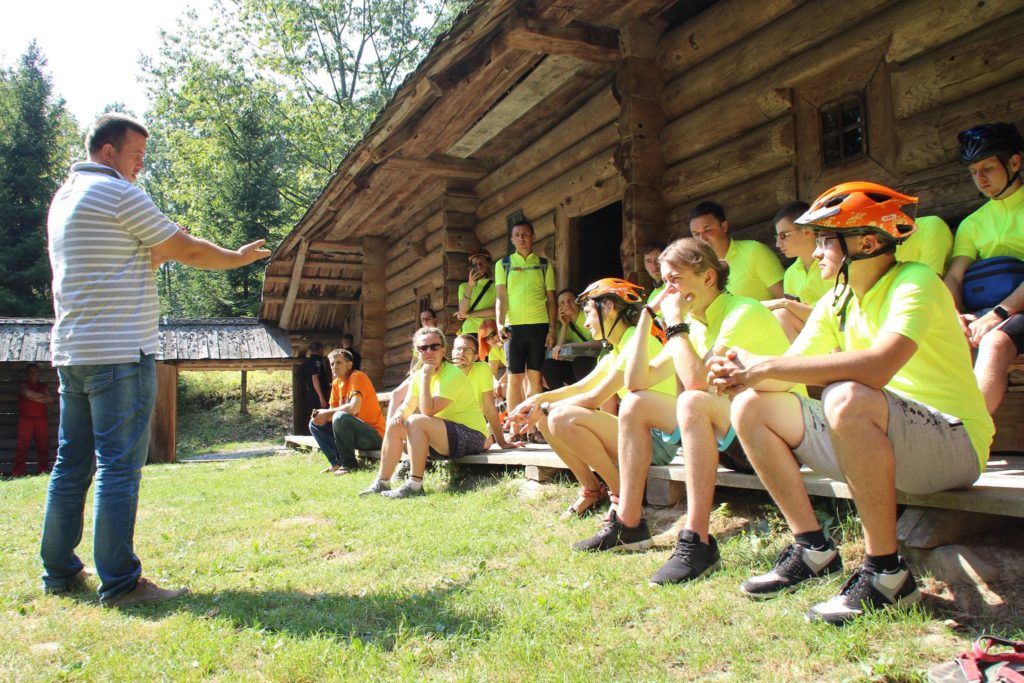 Rohatyn met us very friendly. Locals were waiting for our arrival at the main square. Lady in a dress of Roksolana welcomed Velomarathon participants. Roksolana was the wife of the Sultan, the king of the Ottoman Empire, and one of the most powerful women of her time. Originally she is from Rohatyn. Then we were impressed by the accessibility of Hotel Elitcentre where we stayed for the night. For example, the building’s plan is easy to remember, and it has a minimalistic design without barriers. 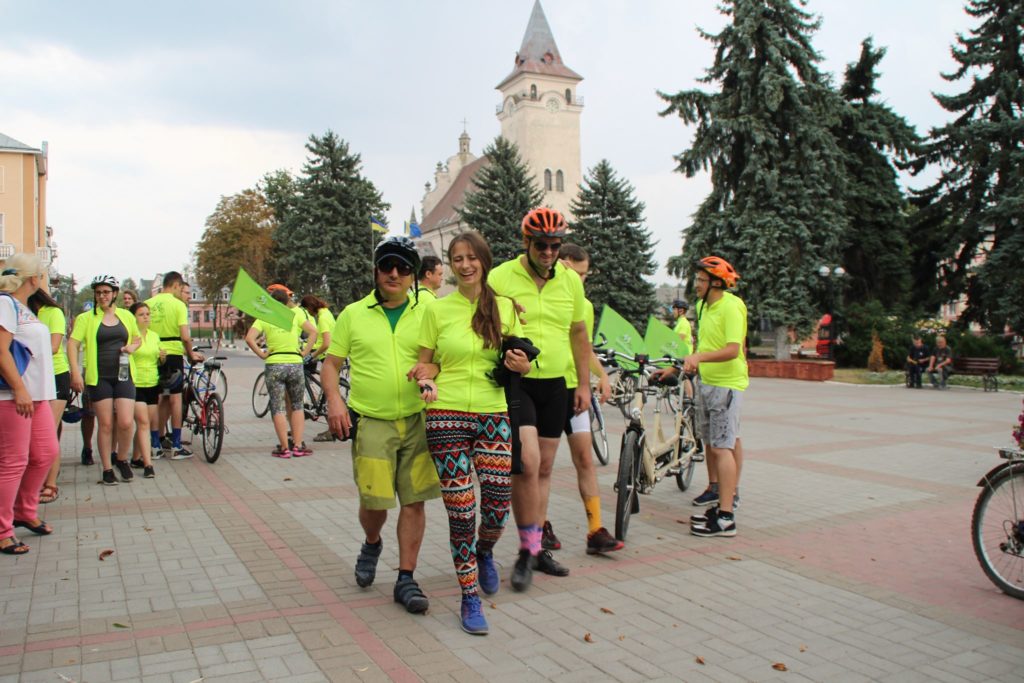 The next day we were cycling to Lviv. It was very exhausting to ride at noon because of the hot weather and a very mountainous surface. On our way, we had a great opportunity to do a picnic in the shadows of park trees near the amazing lake Svirzh and the old castle. It was a long refreshing break. 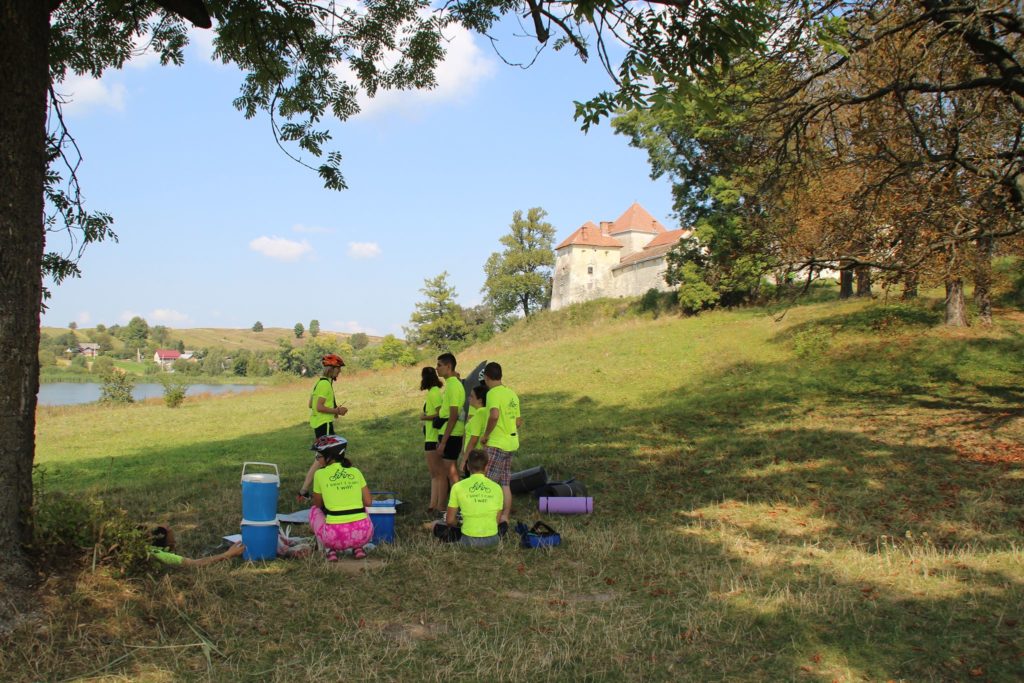 Finally, we got a road sign Welcome to the Lviv. And after that, nearby a big stadium Arena Lviv we were greeted by a support group of the Lviv locals. It was our first victory! We got from one city to another, a 145 km route. 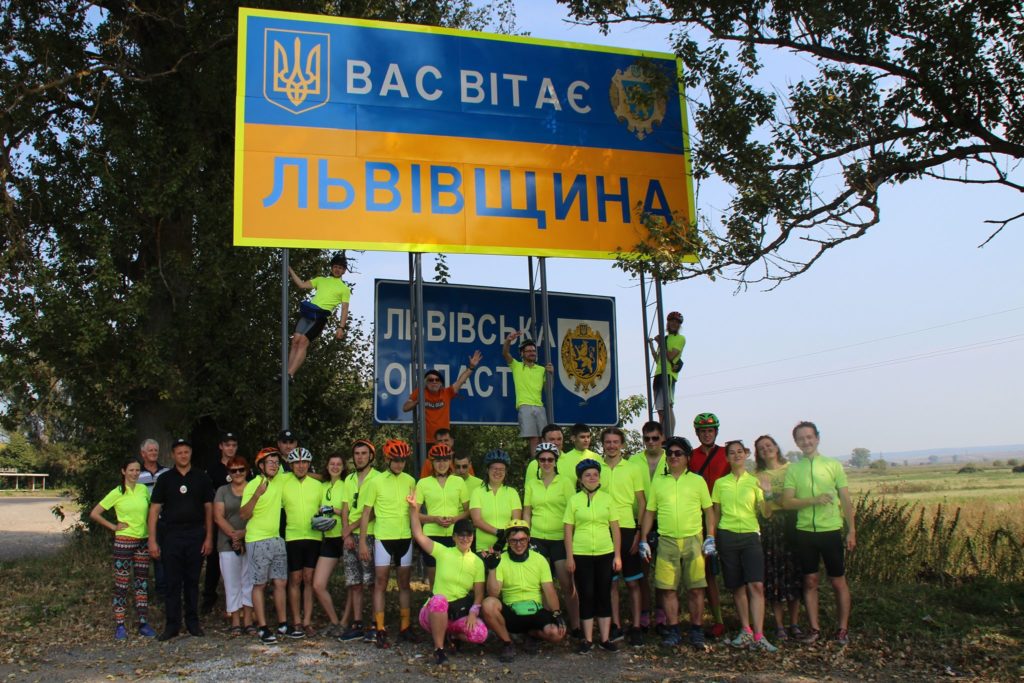 Right after that we moved to hotel-dormitory of Ukrainian Catholic University and stayed there for 3 nights. The university campus is located near Stryjskyj Park. Outdoor we spent a bigger part of these last summer days, walking down the unknown paths, diving into the silence of the green park. We enjoyed our accommodation place with friendly staff (btw they all the time were ready to help and to tell about the city), the plan of that is easy to remember, and the building has an accessible elevator with braille.

Below you can read our accessibility checklist of hotel-dormitory of Ukrainian Catholic University.

In the city of Lion (that’s where the name of Lviv comes from) we visited a few museums and learned about the Lviv history, walked through the dungeons of Lviv, visited ancient churches in Old City and unforgettable Market Square. Our tour guide showed us beautiful architectural landmarks with incredible stucco on houses that we could explore by touch. 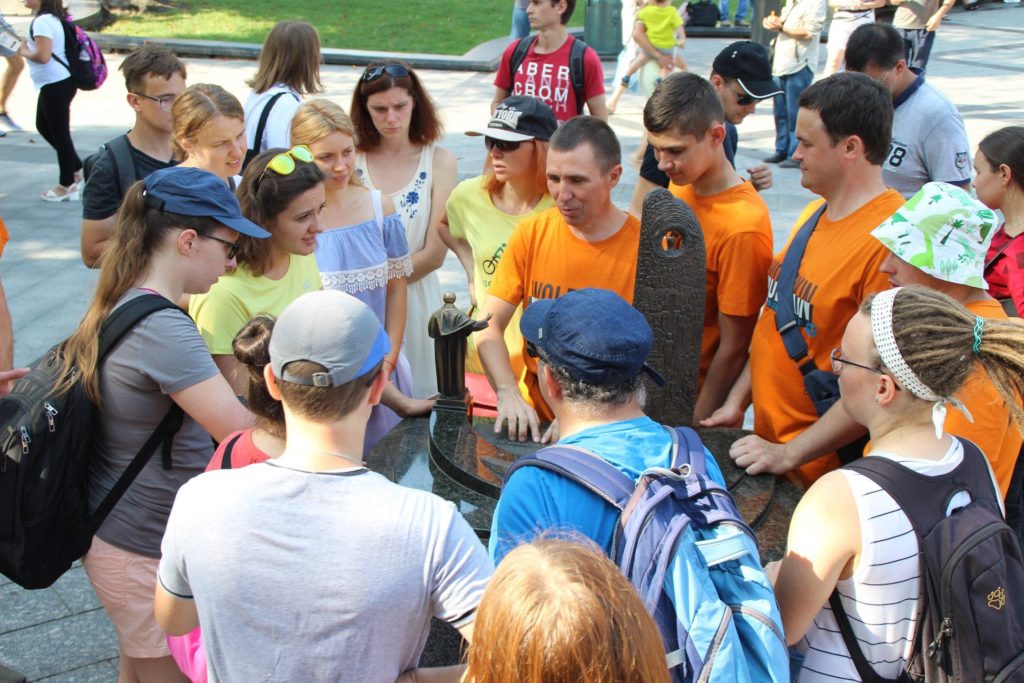 We were also invited to visit the mayor of Lviv. His office located in the City Hall with a balcony above the Rynok Square. It was a great opportunity to talk to a government official about accessibility for visually impaired and blind tourists. After that, we checked the City Hall for accessibility, and even though the building is very old, it was made accessible. 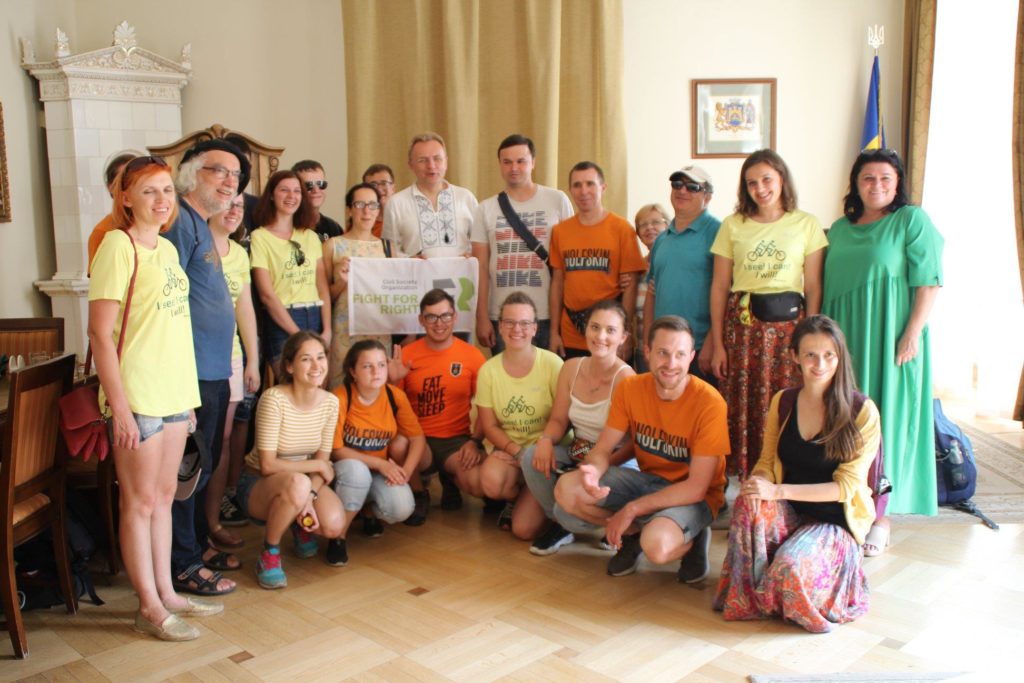 Then we had some free time, and with the help of local volunteers, anyone could enjoy the activity they liked the most, for example, to have a cup of the best coffee in the city, to visit souvenirs market, or to chill out at the park and listen to the guitar playing. 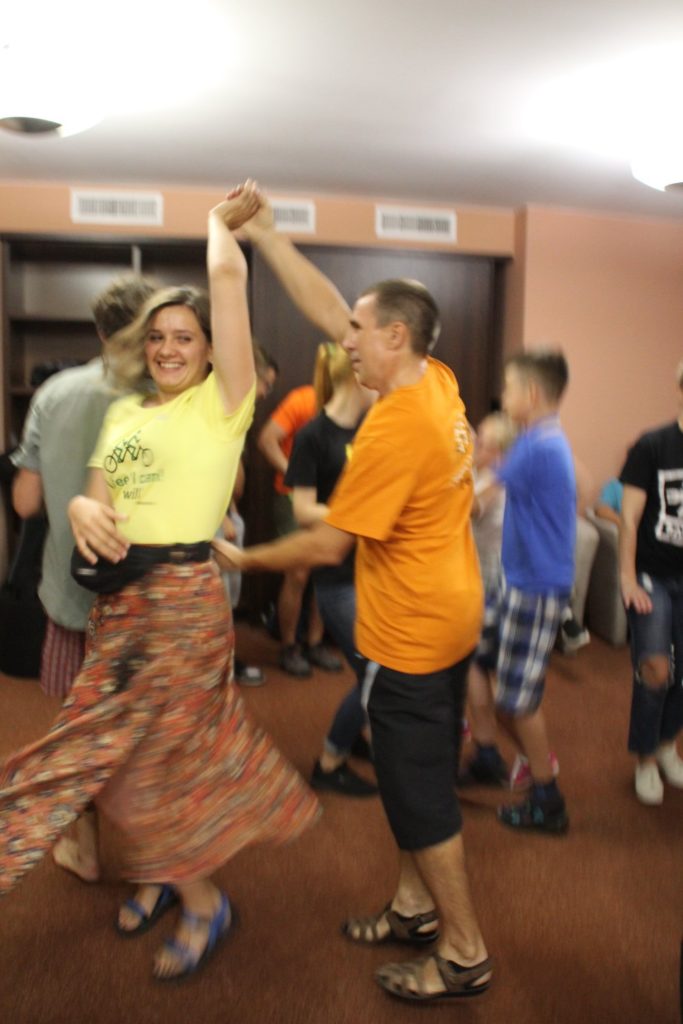 Below you can read our accessibility checklist of City Hall in Lviv.

In Mostyska we again were welcomed by local people. They shown us their Museum, told a lot of interesting stories about the town and then made a real celebration with fabulous dinner, grill meat and live music. It was so hospitable from their side, after hard cycling under the bad weather and rain we felt as at a family birthday or wedding party. 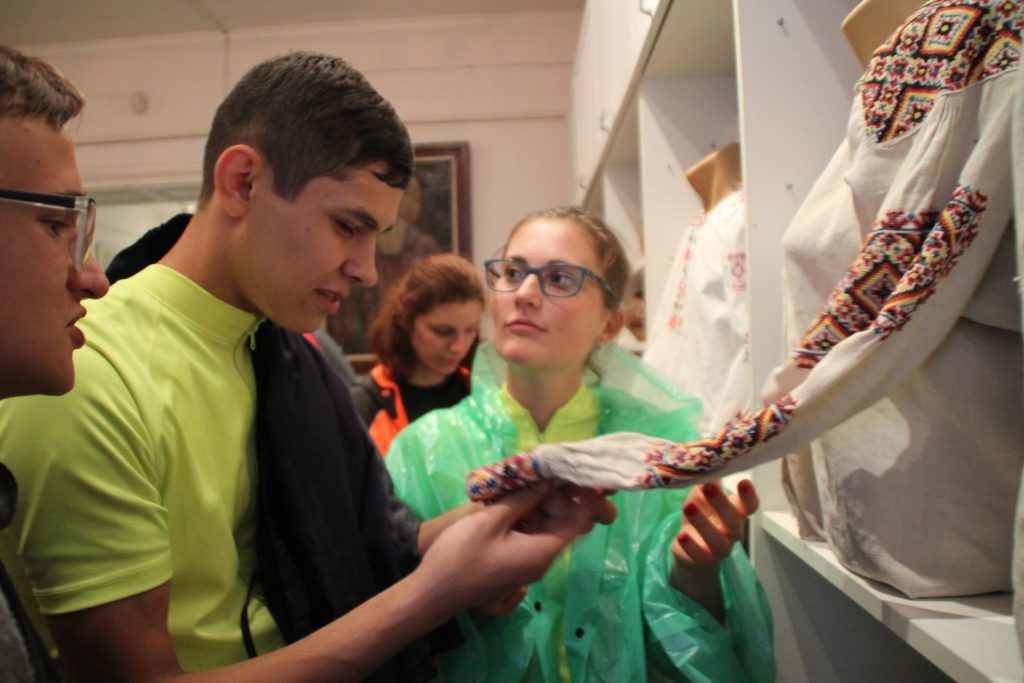